First, there are different radius servers that were designed for different purposes and different usage based on their platforms.

Below are the radius servers, their platforms, and their usage:

FreeRadius is one of the leading open-source RADIUS servers, and is available on Linux, Unix, and Windows. Other than the RADIUS Server, it includes a BSD licensed client library, Apache module, and a PAM library. Supposed to be the world’s most widely deployed RADIUS server, over 50 thousand sites use it and can support organizations ranging in size from 10 users to over a million users. It can also be configured independently for each of the server IP addresses, client IP addresses, home server IP pool, and inner TLS tunnels. FreeRADIUS has authenticated over 1 billion users around the globe, and it's still counting. Many popular telecommunication companies  rely on FreeRadius Server.

FreeRADIUS was founded in June 1999 by Miquel van Smoorenburg and Alan DeKok. The first public “alpha” release of the code was in August 1999, with 0.1 being released in May 2001. Since then, new versions have been released every few months. 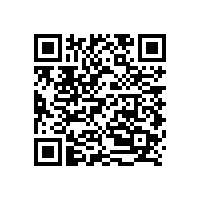 There are no comments to display.

We have placed cookies on your device to help make this website better. You can adjust your cookie settings, otherwise we'll assume you're okay to continue.

Please disable AdBlock to proceed with the destination page.

I Have Disable AdBlock